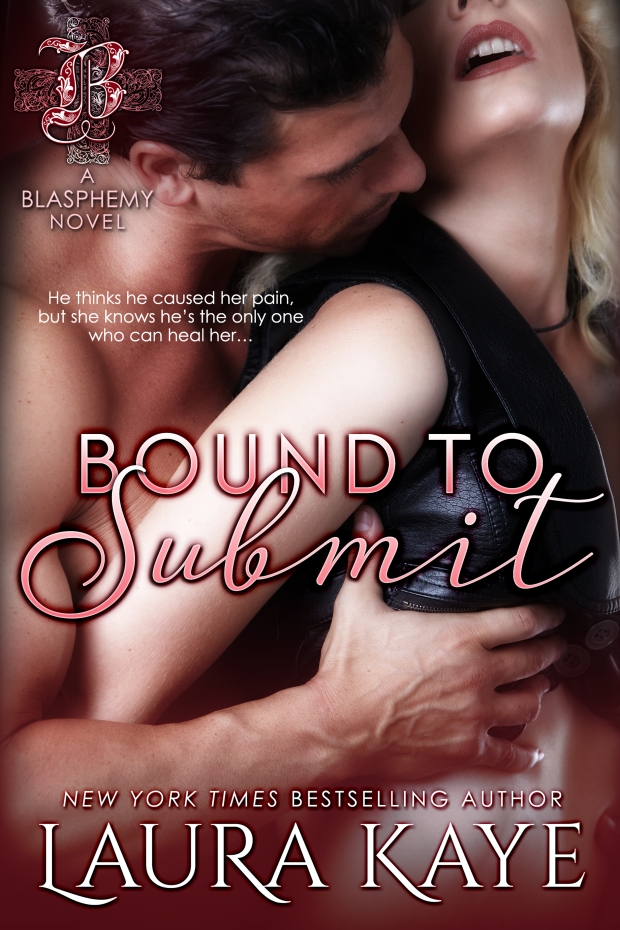 About Bound to Submit:

He thinks he caused her pain, but she knows he’s the only one who can heal her…

Kenna Sloane lost her career and her arm in the Marines, and now she feels like she’s losing herself. Submission is the only thing that ever freed her from pain and made her feel secure, and Kenna needs to serve again.

Bad. The only problem is the Dom she wants once refused her submission and broke her heart, but, scarred on the inside and out, she’s not looking for love this time. She’s not even sure she’s capable.

Pre-Order Bound to Submit in ebook or paperback, releasing 10/11/16

Add to your Goodreads

EXCERPT (This IS included in your HTML along with the graphics):

Hey everyone! I’m super excited to share an excerpt from my upcoming Bound to Submit, the first official book in my brand new and super hot Blasphemy series! There are less than two weeks until release day and I’m so excited!! This is a steamy second-chance romance with a tall, dark, and tortured Dom and a kick-ass veteran amputee heroine, and I just loved writing these characters. I hope you’ll grab your copy of Bound to Submit, and the prequel, Hard to Serve—now available at all retailers—too!!

“Use your safewords if you need them, Kenna.”

Griffin hesitated only one more second.

And then he was on her. His mouth on hers. His tongue sinking deep. His hands in her soft blond waves. The moan she unleashed shot straight to his cock and made him want to wring every moan he’d missed these five long years out of her beautiful, curvy body.

“Put your arms around my neck,” he said. When she did, he cupped her ass in his hands and pushed off the couch. “Hang on, little one.”

He made for the adjacent door to the play room, but, good as it was, that one kiss hadn’t been nearly enough. Not when he was absofuckinglutely starving.

Pinning her to the wall, he dove back in again. Kissing, claiming, devouring. He ground himself against her pussy, the strangled cry she released around his tongue making his balls heavy and full. “I’m not sure you realize what you’re getting into with me, Kenna. Because I’ve missed the hell out of making you come.”

“God can’t save you. Not from me. Not tonight.”

He swung open the door, the motion-activated lights coming on as they moved into the play room. Others occasionally used this space, but he used it most. He’d designed and installed the furniture, suspension hooks and shackles, and pulley systems in the room for all different kinds of bondage play, and he’d outfitted the storage cabinets with every possible implement he’d need, too.

And he had just the thing in mind, for tonight.

The way she slid down him nearly drove him insane, and then he stepped back and considered her body suit. It was so fucking sexy that he hated to ruin it, but PVC was a bitch to get on and off.

“I fucking love and hate that body suit right now,” he said, planting a stern expression on his face.

Amusement flashed across her eyes. “Sorry, Sir,” she said, not sounding sorry at all.

A thought came to mind and he retrieved a roll of red Kinesio tape from a cabinet. Tearing a length off he said, “I’m going to allow you the suit. This time. But I need you to tell me where the prosthesis ends and your arm begins. Can you do that for me?”

“Yes,” she said, lifting her arm as he moved in. “The stump extends about two inches below my elbow.”

“Here?” He held the tape over the black of her suit. When she nodded, he gently applied the red marking around her forearm. “Once we start, you have carte blanche—for tonight—to speak. I want you vocal. I want you telling me how I’m making you feel.” He nailed her with a stare. “Don’t let me hurt you. Don’t even let me get close.”

“I won’t, Master Griffin. I can handle this.”

“I doubt don’t it, Kenna, but I will cut the scene if I have even an inkling that I’m causing unintentional pain that you’re not owning up to.” He arched a brow. “Are we clear?” She gave a fast nod. “Good. Then spread your feet and put your hands at your side. Now.”

Her ready compliance fucking slayed him. After all this time, it really did.

“Mmm. Very good. Now, don’t move a muscle unless I tell you to. Because the scene begins right now.”

~ Cherise Sinclair, NYT Bestselling Author of the Masters of the Shadowlands Series

“Smoldering and sexy, Laura Kaye’s Blasphemy series is everything I look for in a romance. Haunted heroes and strong heroines populate this one of a kind club and I can’t wait to see the big bad Doms fall one by one.”

Meet the Masters of Blasphemy in Hard to Serve, now available 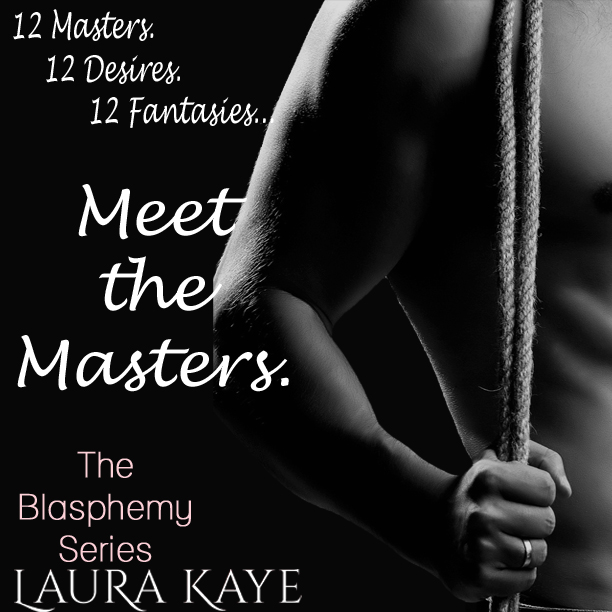 Amazon exclusive until September 2016 in paperback and ebook

Laura is the New York Times and USA Today bestselling author of over twenty-five books in contemporary and paranormal romance and romantic suspense, including the Hard Ink and Raven Riders series. Growing up, Laura’s large extended family believed in the supernatural, and family lore involving angels, ghosts, and evil-eye curses cemented in Laura a life-long fascination with storytelling and all things paranormal. She lives in Maryland with her husband, two daughters, and cute-but-bad dog, and appreciates her view of the Chesapeake Bay every day.