I LOVED THSI ONE

When we met Lucy in the book To love Jason Thorne we knew she was a little quirky but to see it. I just had a ball reading this!

So you may ask, who is Adam Connor? He is the recently divorced, Academy Award-winning actor who just moved in next door with his kid.

Hollywoods Royalty is what I called him the whole time. I mean his parents are actors, his grandfather is..you get my picture

He also happens to be an exquisite male specimen and the most infuriating sly bastard I’ve ever come across.

Well this is different there aren’t many times that the Hollywood Golden Boy isn’t hot. I mean he has to be. It’s in his DNA

His life is playing out in the tabloids. He’s recently gotten divorced and has moved in to his new mansion! It’s Hollywood..

I would like to do that so badly. I would love to catch a glimpse of him, naked. Oh please lets be real people. YOU WOULD TO!

It’s just lucky that Lucy’s best friend lives right next door to him. And it is even better luck that there is wall separating them. IT’S FATE RIGHT?

Imagine Lucy’s surprise one day when she is people watching, sitting on the wall that she spots something that puts her on his property,. She was doing the right thing. Except Adam didn’t see it as that he saw it a trespassing. GASP SHOCK HORROR. Instead of thanking her, he calls the police on her. Giving her the go directly to jail card!

After that day, I was mentally plotting ways to strangle him instead of jumping his bones to make sweet love. So what if my body did more than just shiver when he whispered dirty little things in my ear? I can’t be held responsible for that. And when was the last time he’d kissed anyone anyway? Who’d enjoy a kiss with a side of heart attack?

Thus started I hate Adam Conner and I hope he dies a slow and painful death. Do you blame her. SHE WENT TO JAIL…FOR 6 HOURS…BUT STILL JAIL PEOPLE. she was almost cast in Orange is the new black.

Ok fine, he was hot, super hot. He would make your panties melt and your overlies self combust. 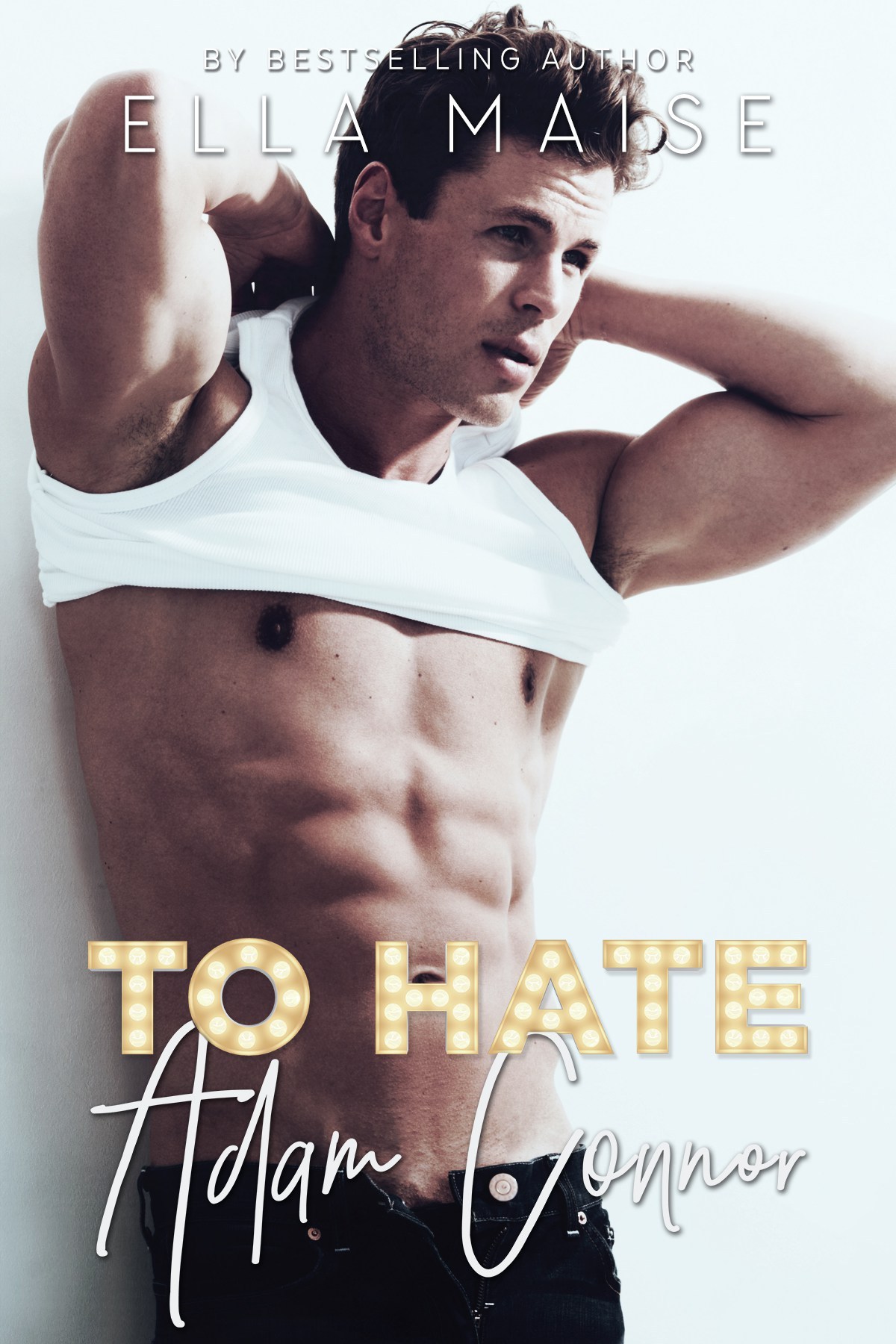 And he had the worlds most addorable boy ever. I mean he is the package deal..except

I couldn’t fall for him. No matter what promises he whispered on my skin, my curse wouldn’t let us be.

I can’t wait for more!

I love Nikki Sloane I love anything she writes. This this was to me dark!

It took me years to find the courage to speak to Luka. He seemed exactly like me. Intelligent. Focused. Serious.

But he’s not the man I imagined.

So you start this book and you are at a party. Addison is a normal college girl, except little does she know that one decision is going to change her life forever!

His reality is cruel and dark. He traps me in his web, his power twisting tighter the more I struggle, until it’s hopeless. I can’t break free.

One night, one touch, one kiss and she’s is thrown in to the nightmare that is now her life. I don’t want to give away to much. But this story. This couple. This its just!

As he drags me unwillingly into his filthy world, I can’t ignore the terrifying idea circling my mind. What if I belong here with him?

This book had me judging my own mental state. It had me closing off my kindle to make sure I indeed read what I thought I read. There were moments in the book that I thought surly this woman has lost her mind. How is this happening. It took me for a loop. I had to sit on this and then do my review and still I’m not sure I’m doing it.

Not only was it dark, it was a mind game. It was an emotional game. It was everything that Nikki said it would be and more.

SO I’m a little late to this party. That’s right I had one clicked Tap when it came out and life got in the way.

I will say that as soon as I finished Stout I not only went back and read it, I devoured it!!

A beautiful neighbor. A complete stranger. That’s all she was when I moved in next door.

When Oliver Thorn moves into his perfect house with the white picket fence he had no idea about the lady next door. Adelyn Maxwell has no idea that her life is going to take a turn in the other direction when she ring at her new neighbors house.

I can tell you right now. Her first thoughts were of borrowing sugar. NAKED..

Their acquaintance takes a turn to friendship when Adelyn is hired to plan the event party for Bohemian Cider company. One meeting soon blends into her showing up with bread.

Their flirting is through the roof, their connection electrify. It’s that good.

I want to disturb the rhythm of her pulse.

I want to see the way her hair spills on the bed when she lies beneath me.

I want her to teach me the dirty pretty things she desires behind closed doors. And she does.

But mostly I want to leave my mark on the most intimate, untouched part of her body. Her heart. 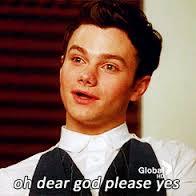 One moment where you aren’t sure what to say. What to do. Where to look. One moment to set you back not to square one. You aren’t even on the same map.

But what was coming would be what could shatter them the most. What could be the end of them. For that one moment when the sun set and everything is right, comes that little detail that perhaps they have met before. Perhaps in another time their paths crossed. Shaping them into the person that they are today

These twists and turns of fate will become one of two things: a wrecking ball to tear us apart or the connection to bond us together forever.

This book sucked me into their world. I was hooked from the first sentence and could not put it down for one second.

Hell on Heels by Anne Jolin

So the first thing that got to me was the cover! Heels are my down fall. I love them all!

This book is not what you think it is. It’s not just about a girl that has survived the actions of her brother and his addiction problem.

I actually felt for her. I felt that she was going through the motions without even knowing what was going on.

I use people. Not in a malicious way, but in the way an addict abuses their substance of choice. People are my vice—men specifically.

That sentence pretty much sums her up. She isn’t that mean person to hurt people. And if she does she isn’t even aware she’s doing it. It’s the rush of something new. But with each high comes the downfall. It’s the circle or an addict. It’s the circle of the love ones of addicts!

Oh, the price we pay to feel loved. We’d all sell our souls to the devil himself for that. Perhaps I have already.

She had the job that I would die for. Event planner. Which makes her able to meet so many different people! She’s the social butterfly!

But the outside isn’t the problem.

They say that acknowledging that you have a problem is one of the first steps to recovery.

We’ve had many different stories about the life of an addict what we didn’t have is the life of a family member that is here through the shit storm that comes with addicts!

I don’t want to give away to much, because it’s not fair, but what I can say is:

It’s about addiction. Now we can all say that you aren’t addicted to something but chances are you are. AND YOU DON’T EVEN KNOW IT!

Whether it’s drugs, drinking, food, Facebook, Twitter, reading books, playing video games, shoes, television. We all have that vulnerability. The key is learning to live with it while loving yourself.

And that’s what she did she loved, but most of all she learned to love herself before!

It all began in Del Mar, a chance meeting with a single rule–one week only.

Lennox ‘Nox’ Demetri and Alexandria ‘Charli’ Collins had every intention of following their agreement but rules are made to be broken. In CUNNING they are reunited with Nox setting down new rules for the game and Charli having no choice but to follow them.
So who doesn’t know that I love love love this series. I love the woman more!!!

So you has trapped me into her world. She has taken my hand and brought me into the dark world that lives in her head..IT’S SCARY

So to say I was counting down to this book is the understatement. I wanted it. I need it.

And then one day guess what she gave it to me.

The endif the second book had me tittering on the edge of sanity. Surely I read wrong. Surely Nox isn’t who these people said he is!

Shadowy villains lurk around each corner and everyone is suspect as Nox’s and Charli’s pasts collide with the present and threaten to compel them back to their predestined fates.

Now, once again, the game has changed. Nox and Charli’s hot sensual encounter has grown into something more but it is threatened with secrets and regrets.

I don’t want to give away to much. I don’t want to say anything that might trigger anything. But what I will say is the secrets are just always coming. It’s always shocking me.

I read this book in the air while traveling, which was a good thing since I wasn’t able to send her messages. But when I did land the messages started.

Their past collided and they didn’t even know. Their secrets intertwined, without them knowing. Their future in the hands of everyone else.

Is it their love and intense sexual chemistry that’s pushing them together or something darker, a puppetmaster behind the scenes pulling the strings on their love affair?

Aleatha is my puppet master. She is holding all the strings. She is giving us little pieces here and there. Pieces that we crave. Pieces we need to solve the mystery.

She’s spun her web and I’m stuck in it. With no way out except to wait for her to show us the path out. She’ll do it. In her own way, and we will love every single second of it. Because in the end it’s Nox & Charlie! Or is it?